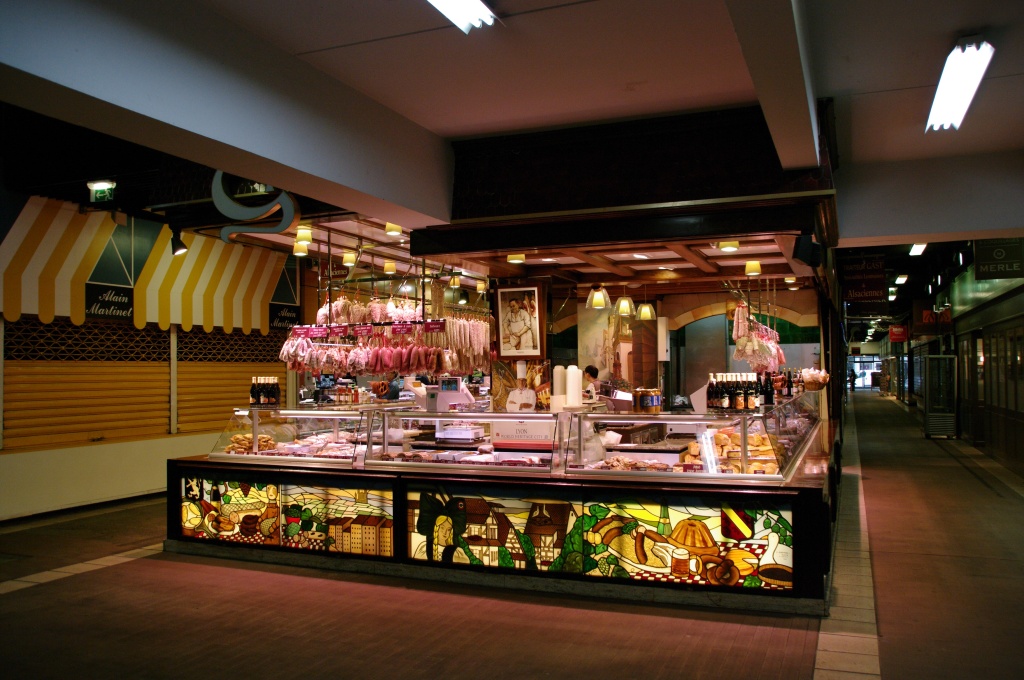 I love the fact that the French are completely committed to the very best of everything. I find their dedication to quality both fascinating and inspirational. As a result, I continually try to upgrade the quality of every area of my own life.

With those words as background, I’m sure you’ll understand why I was so interested in this latest, entertaining piece from Sherry of Save. Spend. Splurge.

Sherry’s partner immigrated from France to Canada over 20 years ago and together they have a Franco-Anglo toddler that Save. Spend. Splurge readers know as Baby Bun.

Sherry kindly offered to share her perspective on all things French after Distant Francophile readers let me know that they’d like more insights into French culture. Safe to say that I’m very grateful. You can check out two of Sherry’s earlier posts here and here.

I will hand things over to Sherry now as we look at one specific area of French life where quality is very, very important.

The French Dedication To Quality

“There’s something wrong with the chicken!”, my partner exclaims, after taking a bite.

I hastily put down my fork and try to wrestle the first bite of chicken out of Baby Bun’s mouth which I can assure you is no small feat (think: baby lion starved after 2 weeks of fasting and happens upon a freshly prepared wildebeest, sautéed to perfection in organic butter).

“No, no, it isn’t dangerous”, he said watching me breathe a sigh of relief and extricating my now bloodied fingers from Baby Bun’s sharp little white teeth, “it is just … the chicken is dry, the meat is not the same quality as before!!”

I silently take a bite and wonder if he just overcooked it and wants to just blame the poor chicken who can’t defend itself right now about the way it was raised and how it lived its life.

“Yeah, I guess it is a little dry…”, I say after a little chewing.

“Not just a little! I know I cooked this chicken PERFECTLY and with good butter”, he insists, “and this is the result I get? It is dry like crazy, and the meat is not sticking to the bone like before. I don’t know what they did but this is NOT CHICKEN.”

“Not bad!? That is not what I paid for! It is supposed to be organic and decent chicken. Of course, it is nothing like that nice poulet de Bresse (blue foot chicken) I used to eat, but it was acceptable. You know what, I’m going to just stop buying chicken. You just can’t even find good meat these days! What is this country coming to?”, he harrumphed.

Our son just stares at him blankly like he’s crazy and shovels another spoonful into his mouth.

Let me stop here and explain something I found very interesting: French people take the quality of things seriously, and nothing more so than food, and some are almost always willing to completely change their eating habits completely to stick to those principles.

Case in point: We are already mostly vegetarian, if not vegan for a good chunk of the week because he has deemed beef to be full of hormones and tasteless here, the pork is also equally abominable and the only meat left was chicken, aside from gamier or less conventional meats like goat, horse, etc.

(We eat like carnivores when we go back to France, FYI, and just fill up on our meat intake for the year.)

The strangest thing of all, is I have realised he is not an anomaly nor overreacting in his declaration that he’d rather go vegetarian or avoid eating chicken at least until we find a good substitute.

(In this case, it has been venison. Gamier, wild meat has a lot of flavour and we found some venison that fits the bill.)

A few summers earlier, I met cousins of his in Paris who said nonchalantly that they only eat meat once a month. When I nudged my partner to ask them why in French (I was still strictly Anglophone at the time) thinking maybe we could learn about how to eat more vegetarian, they said it was because they couldn’t afford “good meat” every week so they just stopped eating it so often. They would rather be vegetarian most of the month than eat lower quality meat more often.

That sort of blew me away. I grew up (and am still used to) the idea of eating meat weekly, although I have found the quantities to have decreased in recent years due to our move towards more plant-based foods, but could never imagine refusing to eat meat unless it was the best they could buy.

I even read an anecdotal (I think) story about how when a homeless French woman who had fallen on hard times was asked by a reporter why she wasn’t going to the local French food bank, she said: “because they don’t serve good beef.”

(I daresay what she considers bad beef must be what I ate as ‘good beef’ on a regular basis growing up!)

It is not to say that all French people are like this, we know plenty who aren’t, or that we are such food snobs that we would rather starve to death like a homeless woman than eat (come on now, no one is that much of a martyr), but it is more that the French are much more willing to find alternate means of sustenance if what they’re offered is not of the quality they expect and want.

They’d rather eat vegetables and beans instead if those sources of food are good and tasty, than to try to eat what isn’t tasty just for the sake of habits.

It is both admirable, and for my stomach in particular, frustrating beyond belief because I was not raised like that. I was raised on junk and even though I’ve transformed my eating habits remarkably from who I was as a youngster (think soda for breakfast and don’t even let me see a vegetable cross my plate), I am not sure I’m ever going to be that strong in my food beliefs.

I’m probably the equivalent of a marshmallow cream puff when it comes to sticking to food convictions which is why dieting has never been a thing I’ve ever practiced.

In contrast my partner has an iron will for food and will actually starve about a day or two (I have seen this happen on trips) rather than eat bad food, saying he won’t die and he wants to wait to see if he can find decent fare. If offered a TV dinner or an edible tree stump, he would take the stump and dig in with a white bib, fork and knife, while I’d be diving for that TV dinner with my hands like a deranged animal before you could even ask the question.

This is definitely one piece of French food education that I have found to be very different, and something to learn from.

16 thoughts on “The French Dedication To Quality”