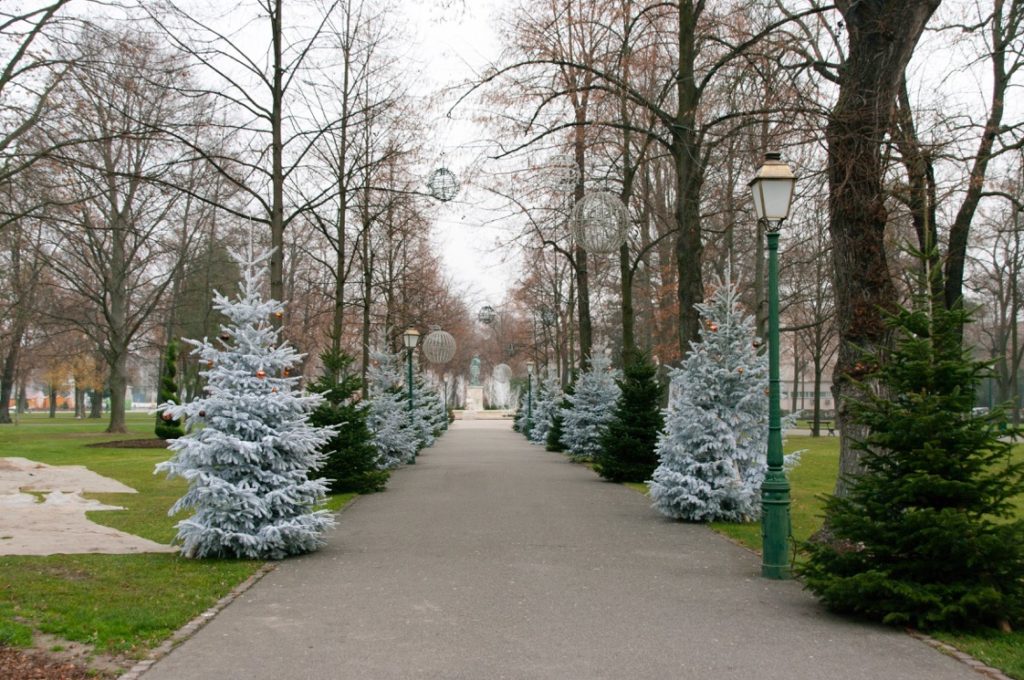 Today’s post is from Sherry of Save. Spend. Splurge and it delivers another dose of French culture. As the title suggests, here we are delving into the world of French holiday traditions.

When I first read Sherry’s piece, it got me thinking about our own holiday traditions – or rather, the lack of them. The festive season in Australia is funny thing. It is generally hot, and snow covered ornaments and traditional Christmas food seems distinctly out of place.

However, I do have a personal tradition that I follow each year. Unsurprisingly, it is a style one…

Sometimes it is casual, some years it is a little more dressy. I have no idea where this yearly ritual came from. No one else in my family necessarily follows this tradition, and as a rule, I’m not a big dress wearer. However, I just don’t feel like it’s Christmas if I’m not wearing a frock

But enough about me and my quirks – time to hand over to Sherry.

There are a few things I learned from my partner that are some French traditions for Francophones that no matter where you live, you try and follow during the holidays if you are used to doing so.

We don’t do all of these traditions, and have only observed the one that my partner has kept from his own family traditions.

Le Lutin – The Elf On A Shelf

We don’t do this with Baby Bun (it looks kind of freaky, this toy), but I have a colleague who has kept this up for his son for 10 years. He thinks this year is the last one, but the whole thing is to have kids believe that an Elf (Le lutin) is actually watching you to report back to Santa (Père Noël) if you have been naughty or nice.

He does things like arrange Le lutin doing things that are naughty, like spilling cereal all over the counter, or sitting in front of a television that is turned on to cartoons, and being in the middle of the mess to be ‘caught’ by his son. He even set up an elaborate rig where his son walked in the door one day and Le lutin flew around the room and landed on the couch, which made his son believe even more strongly in Le lutin being real and ‘alive’ at night, doing things. His son wakes up every morning and comes rushing home from school to see what Le lutin has done.

The only downside to all of this, is his son has also started to use Le lutin to blame things he has done upon, and it’s hilarious to us because he can’t really give it away that Le lutin is not real, so he has to suck it up and play along for the period of time.

This is a big meal that Francophones do before Christmas Day (on Christmas Eve), and it is done in other countries as well, but in my experience it has not been a real formal cultural tradition I have observed in Anglophones in North America. It’s just a celebratory dinner the night before of turkey and so on, rather than on the actual Christmas Day. It usually happens before Midnight Mass (if they choose to go to church), and I have been told it is just like a Christmas meal, but the day before instead.

This is the ONE tradition we observe where you purchase something called a Galette des rois which is this delicious, crusty pastry cake with almond filling, and inside is either a little ceramic toy or bean that is hidden. You slice up the cake, and whoever gets the slice with the toy or bean in it, will have the best year of all. He or She is then crowed Le roi / La reine (The King / The Queen) and you wear the paper crown that comes along with the cake.

You buy a Galette des rois from any reputable French bakery, and our favourite happens to be a Belgian bakery in downtown Montreal, at Complexe Desjardins. It is the best out of all the bakeries we have tried because it isn’t too greasy from the major amounts of butter used, and not too sugary sweet either.

Baby Bun will be experiencing this for the first time this Christmas, because he was too young to have cake and anything sweet last year.

Even at work, when it was Christmastime, my Francophones from France went out to buy a Galette des rois to share with a select few of us working together.

We don’t do this either but my other colleague makes La bûche de Noël each year. She decorates the cake to look like a log and spends time making it to eat during the holidays. Her kids love the tradition and enjoy seeing the new flavour and/or decor for the year.

If you aren’t a baker, you can also just go to a bakery and buy one pre-made. They make different flavours and have different decorations, and I am told they make them way in advance for the Christmas season and store them in the fridge (otherwise it would be too much of a strain and workload to make them fresh the day of).

Thank you Sherry for sharing these traditions with us. I’m so grateful to you for expanding our knowledge of French culture. You can check out Sherry’s previous posts here and here.

Do you have any favourite French holiday traditions? What about a style tradition? If so, I’d love for you to share them in the comments section below.

Wishing everyone a fabulous holiday season! May it be filled with love, health and happiness. And perhaps a smidge of French style and fun.