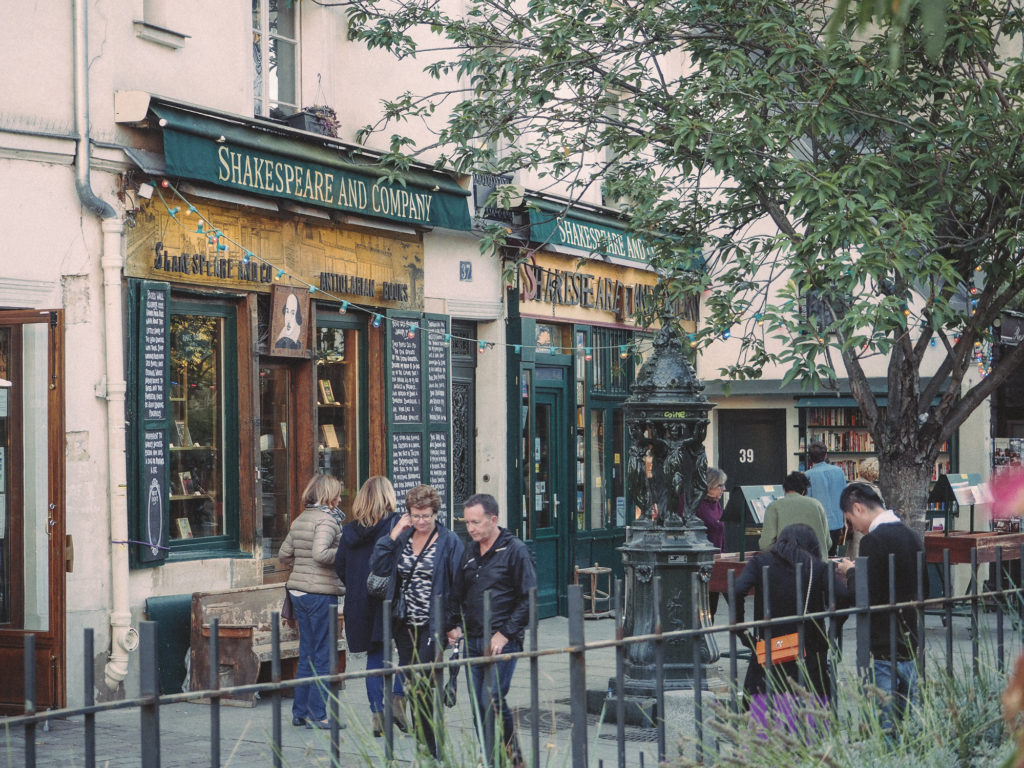 Thanks to attending university as an adult I am a pretty fast reader. Very fast in fact. It is extremely helpful when it comes to reading reports at work.

Those reports, sadly, make up the majority of my reading when I’m at home. Yep, apart from a handful of blogs that I follow, I don’t have much time for reading for fun.

When I’m on vacation however, I put my speedy reading skills to good use and plough through the books. Naturally, most of the books I choose as holiday reading have a French flavour although  every now and then style books sneak onto my ‘must read list’ too.

Here’s what I’ve finished, as well as the books that I’m part way through. Thank goodness I can read books on my iPad because this lot would be rather heavy to lug around France!

This book came as a direct recommendation from Annette over at A French Collection and I absolutely adored it. I don’t want to spoil it for you so I’ll just say that it is a love story, set in Paris where the main characters don’t actually meet until the very end of the tale. But despite this they manage to build a relationship via a red notebook, amongst other trinkets hiding in a handbag. OK, so you will need to suspend reality a little but it really is a charming read.

Title: WTF?! What the French

I’ve read both of Olivier Magny’s previous books and I think I like this one the best. It’s similar in style to his first book – Stuff Parisians Like. However I feel this book gives a more in depth look at French culture, and particularly the points that drive all the French stereotypes. It’s definitely worth a look.

This well written book was full of potential…that in my mind it didn’t quite live up to. I loved the concept. Girl who is grieving over the loss of her mother (and later her job) buys an apartment in Paris and proceeds to set up a life between Paris and New York. It was an easy read however, too often I found myself looking for more depth on her life in Paris (which Lisa Anselmo writes about in such an honest way) rather than the story of her grief and anxiety, which became a little repetitive. All that said, it would be worth picking up if you have visions of living in Paris.

Another recommendation, this time from Oui in France’s Diane who reviewed Pardon My French here. I’m only half way through this interesting read which focuses on learning the French language. Stephen Hare takes a thought provoking look at why learning a language can be so difficult and tackles topics like motivation and personality as well as including learning tips.

Title: When in French

I’m not too far into this one but so far I’m enjoying this book. It is a swirl of memoir and an exploration of learning second languages and author Lauren Collins manages to switch between the two really nicely.

I’ve already mentioned Fiona’s latest book in October’s monthly inspiration post but for completeness I’ve listed it again here. This easy read is packed with tips for chic living on a budget and makes a great companion to another of Fiona’s books Thirty Chic Days.

Have you read any of the titles I’ve mentioned here? What does your French inspired reading list look like? Do you have any reading recommendations for the second half of my trip? I’d love for you to share your book related thoughts in the comments section below.

Please note – This is an unsolicited post and no compensation of any kind has been received from the authors or their associated publishers.