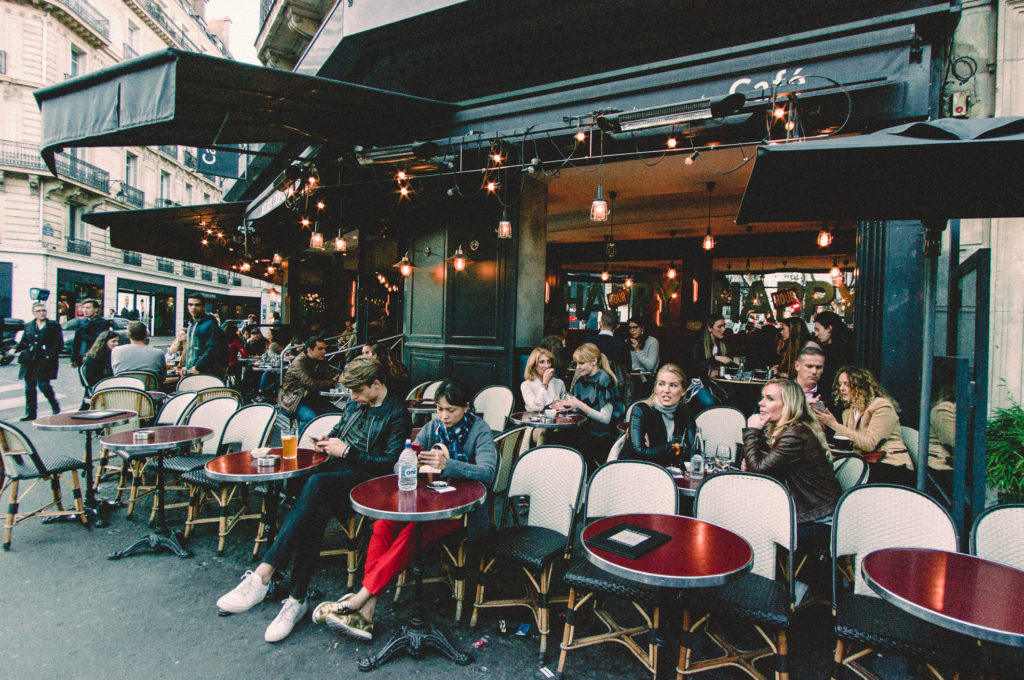 Last Friday, while we were in the French city of Annecy, Scott and I were clever enough to stop into a local bar for l’apéro.

The air was cool but the sun was still shining and the tables on the terrace were almost completely full. The vibe was happy and buzzy (as Scotty described it). We were the only English speaking people there (as far we could tell) and being surrounded by so much French conversation was really very entertaining.

The crowd was quite diverse. Beside us, a man was waiting anxiously for a lover – you could see him visibly relax once she arrived. Teenagers pushed tables together to accommodate a never ending stream of friends arriving. What appeared to be workmates laughed and joked as they headed into their weekend. Older men met, solemnly shaking hands and going on to discuss what I can only assume was secret men’s business. A group of ladies across the way looked as though they may have been given a leave pass from their kids – they were certainly enjoying their time together.

Unlike ‘Friday night drinks’ in some parts of the world, this was about catching up and socialising, not about the alcohol. That’s not to say that beer and wine weren’t being consumed, but equally as many tables were packed with soft drinks and hot chocolates as they were with Mondeuse or the local Haute-Savoie brew.

The tables quickly changed hands, as people said their hellos and goodbyes and moved on with smiles to whatever was next for their Friday night.

So this week, why not Frenchify Your Friday by making plans to catch with somebody – or several somebodies – just to say hello and share a quick drink. I can almost guarantee it will be an ideal way to let go of the week just gone and ease yourself into the weekend.

All the best for a fabulous Friday.

6 thoughts on “Frenchify Your Friday – Number 65”