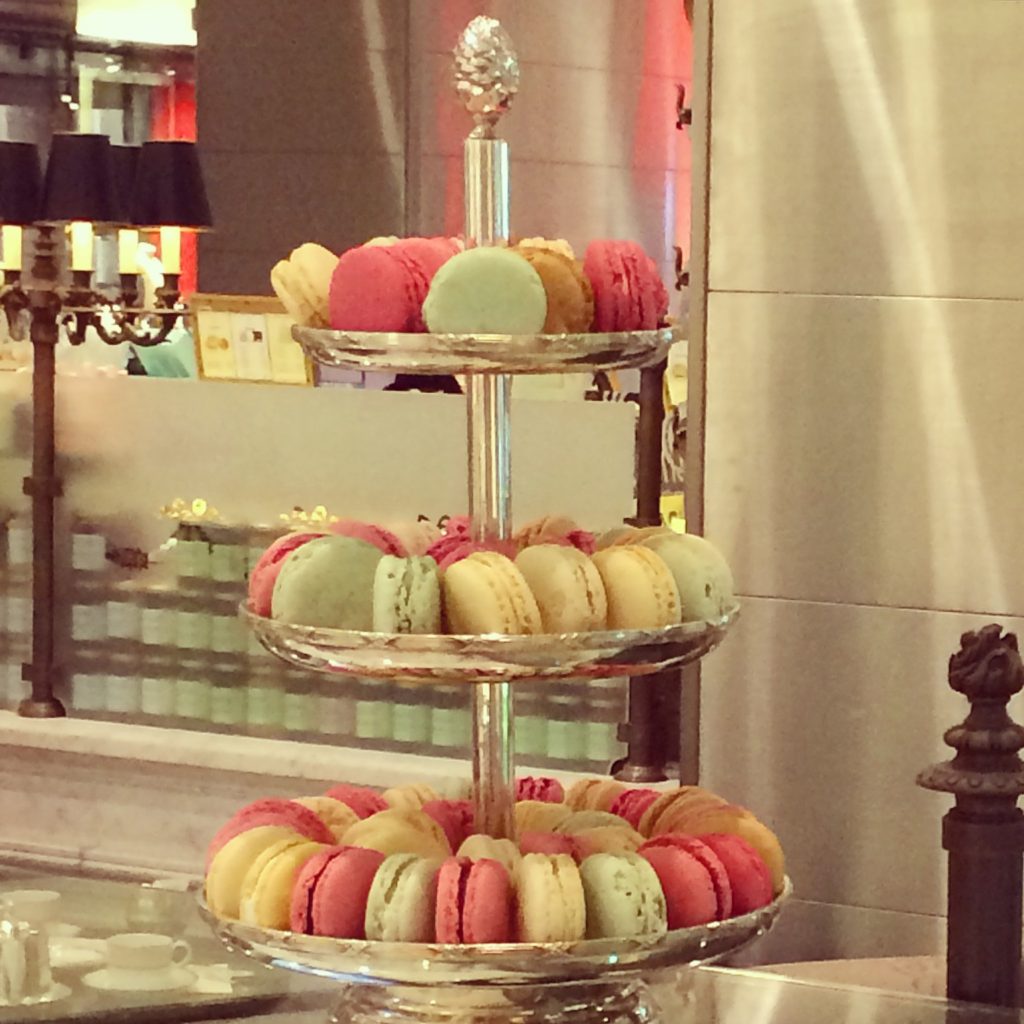 Although I couldn’t tell you exactly who it was, I remember someone telling me once that macarons – those gorgeous jewel-like French sweet treats – were just a passing fad.

That was about 10 years ago now.

At this point in time I’m prepared to make a call and say that whoever they were, they were wrong.

Macarons are as tempting and as popular as ever.  And little wonder. Why would anyone want to pass up a chewy mouthful of glossy, crispy biscuit sandwiched together with tasty ganache?

For me, a macaron is the perfect sweet pleasure. They are small, gorgeous to look at and quite satisfying. They are indulgent without being too indulgent, if you know what I mean.

Given my love of macarons it was probably inevitable that I would decide that I had to learn to make them at home. Yes, I knew they would be fiddly and probably very messy but I was committed to my favourite French treat.

However, I was pretty disappointed when I started researching recipes. Every one I looked at just didn’t work for me. They either seemed too difficult or lacked the detail I felt I needed. I became increasingly frustrated.

Then one day, way back in 2010, our ever thoughtful son Callum, who was then about 14 years old brought me a present. It was a ‘zine – an A5 sized, 60 page booklet that had been printed off on a photocopier and bound with 2 staples. It was entitled ‘Macarons Are Not Macaroons’  and my son had picked it up in a tiny little shop in one of Melbourne’s laneways.

It turns out that this unassuming little book was a miracle worker. It contained many secrets and took all the mystery out of making macarons. Sadly, the ‘zine’ did not name the author and the only clues I have as to the person responsible for my ability to create macarons are the words Bexley and Felix.

But I guess this post is my opportunity to thank whoever it was that penned ‘Macarons Are Not Macaroons’.

Ironically, it is probably Cal who has baked the majority of our macarons over the years. He has pretty well nailed them and generally still sticks to the original ‘Macarons Are Not Macaroons’  recipe.

I was more than grateful when Cal surprised me recently with his interpretation of the ‘Macarons Are Not Macaroons’ recipe.

Now, please don’t be intimidated by the steps in the recipe. With the right tips, macarons really are a French classic you can master at home.

Macarons require a lot of organisation, so have these things ready to go to save scrambling for them later:

Now that you have all of that ready you can start cooking:

Do you love macarons? Have you ever tried to bake them at home? If so, we’d love for you to share your thoughts in the comments section below.