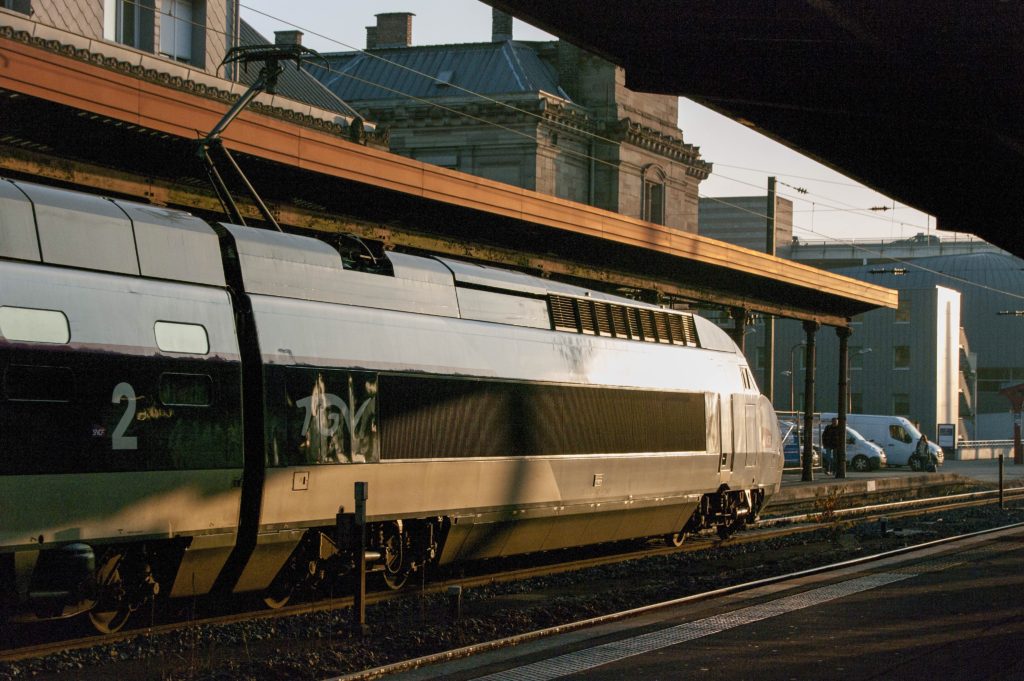 While many people might think rail is an outdated form of transport, the idea of belting through the French countryside at 300kmh on a double deck train with a café – or, if it is little later in the day, a bar – really appeals to Scott. Like you wouldn’t believe.

Luckily for Scotty, the French rail system has him covered with the Train à Grande Vitesse. Better known as the TGV, the French high speed rail network operates trains at speeds of up to 320kmh to many major cities in France. And in neighbouring countries for that matter.

The first TGV line opened in September 1981, transporting travellers from Paris to Lyon. As it happens, that was also the very first TGV line we travelled on during our very first visit to France. Since that trip, the TGV has been our primary form of transport around France.

With more lines opening up all the time, and connections to Belgium, Germany, Switzerland, Italy, Spain and England (the Eurostar Channel tunnel train is a modified TGV design), getting around to major cities is quick and easy. For example, Lyon is only two hours from Paris by TGV, and a day trip from the French capital to the Champagne region is easily accomplished, with a trip taking less than 50 minutes!

And what’s more, there are no pesky airport boarding procedures. You simply walk up to your carriage and get on board!

Some TGV stations, including Avignon and Valence, are located outside the city on the high speed lines, but regular trains connect into the central city stations. Furthermore, many TGV stations are home to the major hire car companies. Picking up a car at the train station saves trying to navigate your way from an unfamiliar city centre on the ‘wrong’ side of the road!

Given how much he loves the French TGV service, I asked Scott to share his favourite things about the Train à Grande Vitesse.

Are you as big a fan of the French TGV as Scott is? If so, I’d love for you to share your thoughts in the comments section below.

Until next time – au revoir. And a big thank you to Scotty for his input into this post.

5 thoughts on “All Aboard – Why We Love The TGV”