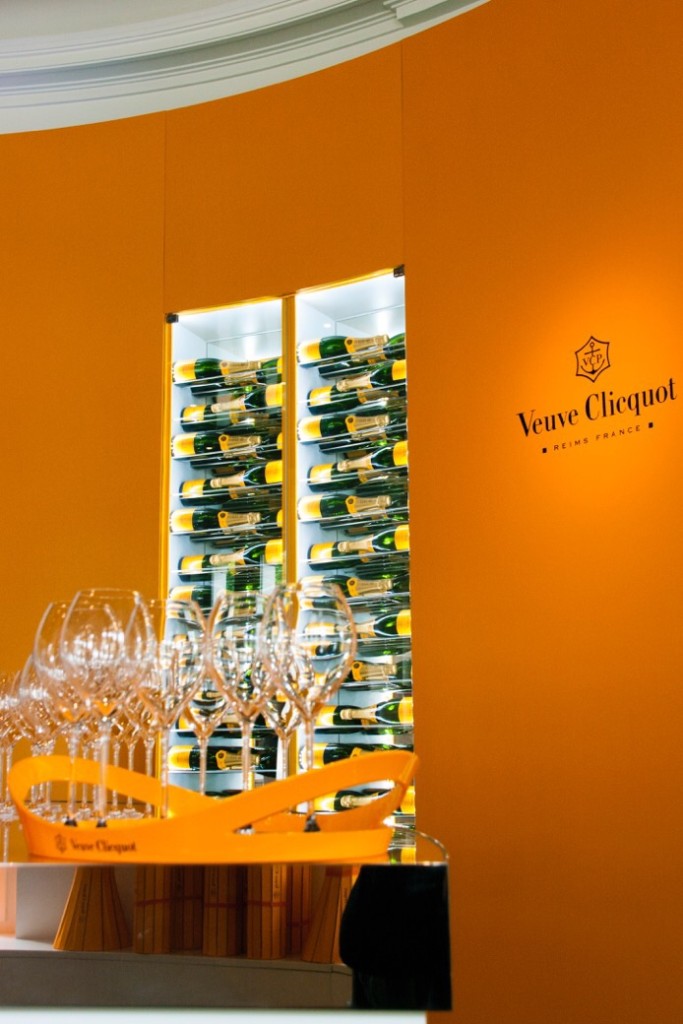 Ok, so a little while ago I shared how we managed to get ourselves to the Champagne region of France, and how we got around once we were there.

Now, let’s get to the good stuff – the Champagne houses themselves. Because we were keen to visit the crayeres or chalk mines, we ended up deciding to visit both Veuve Clicquot and Ruinart.

In this post, I’m very keen to give you a run down on that very famous house – Veuve Clicquot. This post is a bit of a long one – but that probably gives you an idea of just how much I enjoyed visiting this place.

We chose to take the somewhat more expensive, top of the range visit which only runs on Wednesdays, Thursdays and Fridays. Our thinking was that it would provide far more of the history of the house. It also offered tastings of four vintage champagnes whereas the other tours offered fewer tastings.

When choosing your guided visit it is important to know that these tastings are not what we are used to in Australia, where you taste a fairly small sample.  You get a full glass of every wine on offer – important to note if you are planning to drive.

Although the ‘Aromatically Yours’ visit can accommodate eight visitors, there was only Scott and I and two others on the Wednesday we visited. The ‘Aromatically Yours’ visit has only one time slot – 10:00 am – which seemed a little early to me but our guide Vincent (an Italian sommelier who’d worked in many countries before marrying a French girl) explained that this start time is specifically chosen because our senses are heightened at this time of day.  I learn something new everyday!

Our visit started, fittingly, with the grape vines themselves and specifically the three varieties that can be used in Champagne – Pinot Noir, Chardonnay and Pinot Meunier. Vincent told us how to pick the difference between the vines – apparently you can tell the difference by looking at the leaves. If there was a test, I don’t think I’d pass it…

Vincent then guided us to the aroma garden where we spent time crushing flowers and leaves, trying to memorise scents that we might later find in the wine. It was quite funny – we’ve done many, many winery tours over the years, yet we have never experienced an aroma garden – and on this last trip we experienced two! 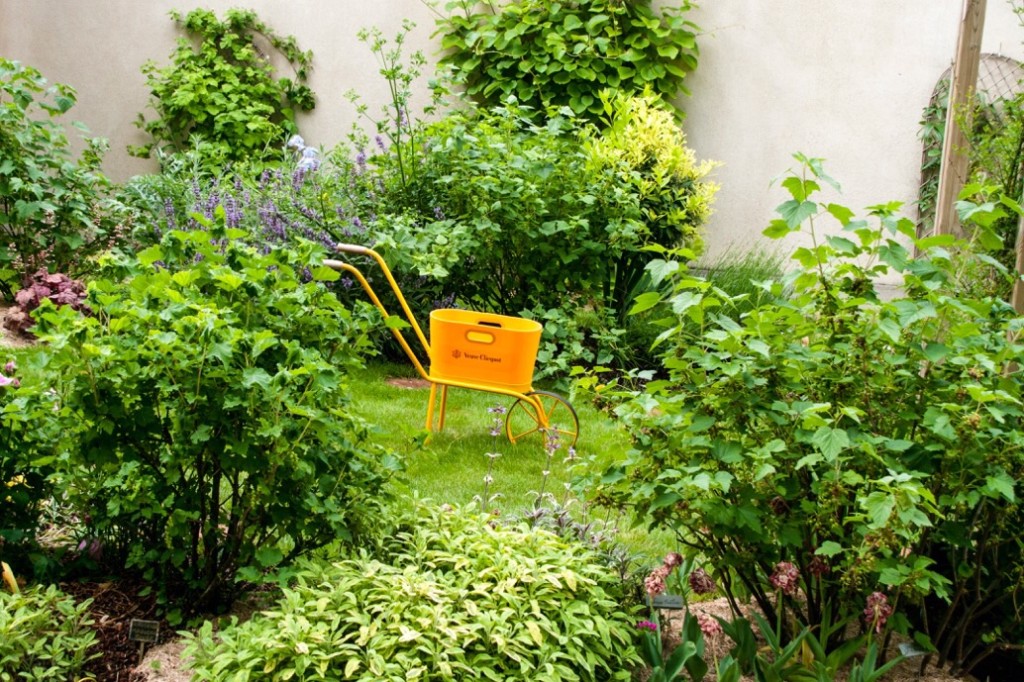 Following our aroma garden experience, Vincent gave us a run down of the history of the house and the region while we tasted non-vintage champagne. He also spoke at length about Barbe-Nicole Ponsardin, the extraordinary young woman who married into the Clicquot family, was widowed at age 27 and who went on to improve just about everything imaginable regarding champagne. It is remarkable to consider just how successful the widow Clicquot was in a time when women were expected to do anything but run a family business, let alone revolutionise an industry.

For those who don’t know, she also gave her name to the house, given the word ‘veuve’ is French for widow.

After being immersed in the history of the house, we then played a blind food smelling game where we again tried to pick up scents that we might find in the wine. We then tasted jams – all with the aim of getting us ready to taste the vintage bubbles.

By this time, we were well prepped and Vincent led us into the crayeres. Veuve Clicquot has access to 24 kilometres of crayeres or chalk mines which they now use as cellars for the champagne. The crayeres are amazing cave-like spaces dug out of the chalk. It is quite chilly in the crayeres – they remain at 12 degrees celsius year round. This fact really resonated with me when I learnt that that the caves had provided refuge for the citizens of Reims during the second world war. 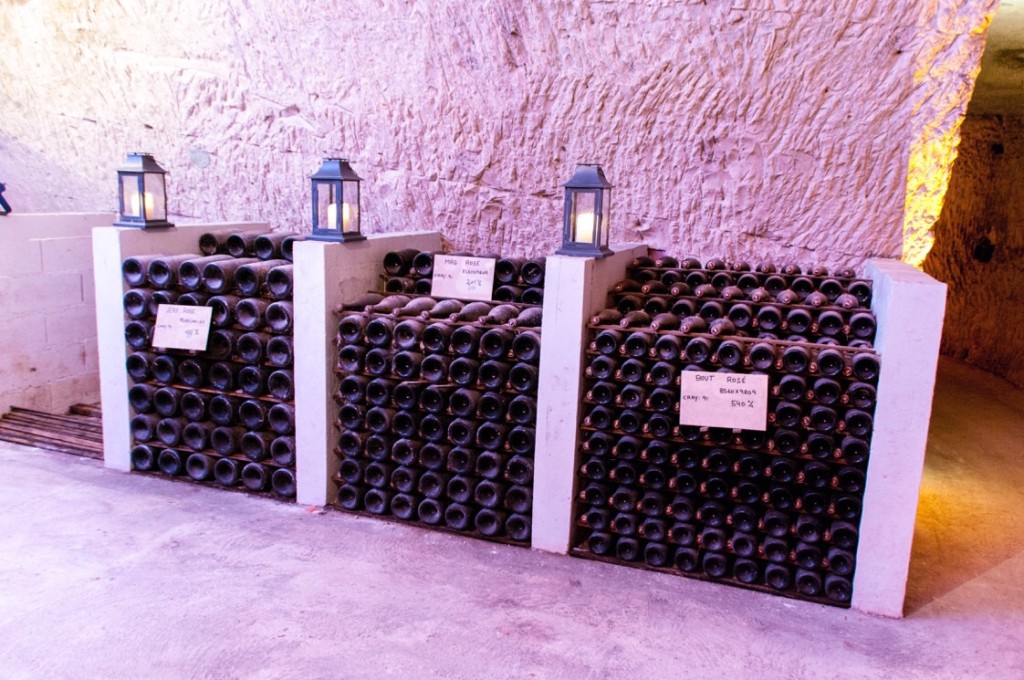 Some of the crayeres have been named after loyal workers who have been with Veuve Clicquot Ponsardin company more than 40 years. Even after they’ve left the company, the former worker can visit ‘their’ crayere. And they can even use ‘their’ crayere for private functions.

Happily for us, our tasting was also held in one of the bottle lined crayeres, which provided spectacular ambience. We were treated to two champagnes from the 2004 vintage – a brut and a rosé as well as a 1990 rosé and an excellent glass of brut from 1989.

Vincent took us through the whole champagne making process and explained the differences between the champagnes as he guided us through the tasting. He took the time to take us through nuances of the wine and I really feel like I developed a much better appreciation for champagne in general. 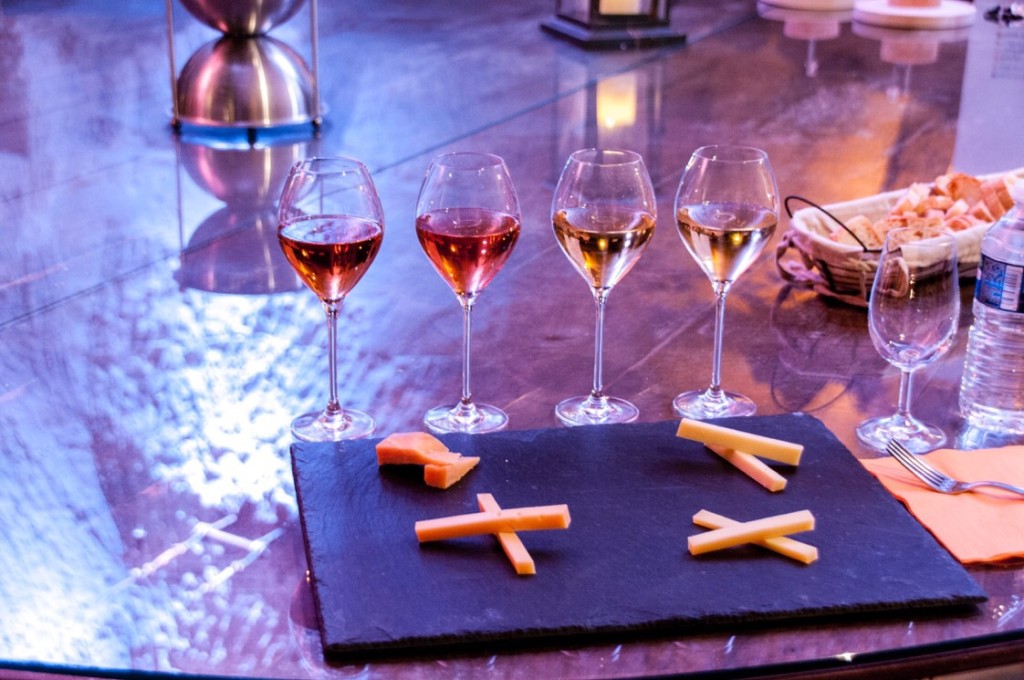 Our champagnes were perfectly matched with cheeses – unsurprisingly, the older the wine, the more aged was the corresponding cheese.

I only have one word for the whole tasting experience – and that is amazing! We certainly felt spoilt.

Our two and a half hour visit just flew by and I would highly recommend a trip to Veuve Clicquot if you ever happen to be lucky enough to find yourself heading to Reims.

3 thoughts on “A Must Visit – Veuve Clicquot”