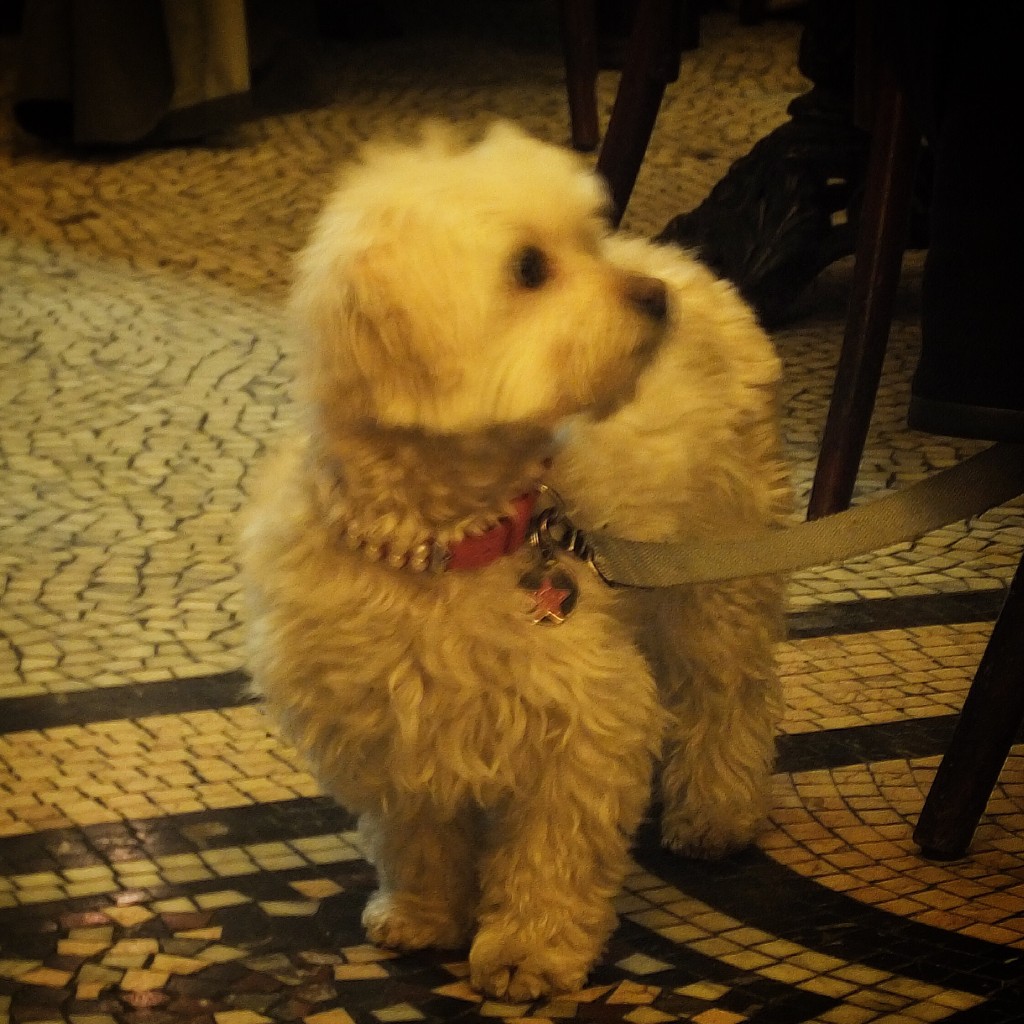 It goes without saying that there are many cultural differences between Australia and France. And if I didn’t think that you would know most of them already, I could provide you with the longest list of examples!

But I know you are aware of most of them already, so today I want to highlight only one…the access French dogs have to spaces like restaurants compared to the access they have in Australia. Which, for the record, is virtually next to none.

Now, don’t get me wrong. Australians love their dogs. Scott and I adore our dog. And all of our closest friends are dog lovers (and a big hello to Crumpet, Grace, Oscar, Coco, Pip and Eddie). But unlike their French counterparts, all of our dogs are very accustomed to remaining outdoors when they frequent public spaces.

This fact was very clear to Scott and I a few weeks ago when we were taking our own dog for a walk. It was a beautiful Sunday morning and we were struck by how many people were sitting outside the local cafés, enjoying their breakfast, their dogs at their feet. At one popular spot, there was a queue of potential diners waiting with their dogs for an outside table when there were empty tables indoors.

I couldn’t help but comment to Scott that ‘This wouldn’t be happening France’.

No, in France the dogs would be happily welcomed inside the restaurant. And if they did happen to be sitting outside, they would most likely have their own seat. (Check out Carla Coulson’s Instagram account for a gorgeous example).

The cultural difference was really highlighted for us later in the very same day. We ducked into a Spanish restaurant for a quick lunch. Just as we were leaving, a vision impaired woman and her partner entered the restaurant with her Guide Dog and they sat down at a table. They were quickly joined by a young waiter with a European accent. The young man had clearly been clued up on the fact that things were a bit different here in Australia and that dogs needed to remain outside the restaurant – which he diligently tried to explain to the couple.

The couple demonstrated immense grace and patience as they discussed the situation with the young waiter – and after a quick chat with management the gorgeous labrador was naturally able to remain indoors. Again though, this situation wouldn’t have happened in France

While I must admit that when we first visited France, it was always a shock to see dogs in restaurants, just because we weren’t used to it at all. Now though, we find it charming.

On our last visit to France, the little girl in Scott’s photo kept us entertained all night long as we ate our dinner. And he was treated like royalty by the waiters.

Somehow though, I don’t think we will be seeing anything like him in an Australian restaurant any time soon!