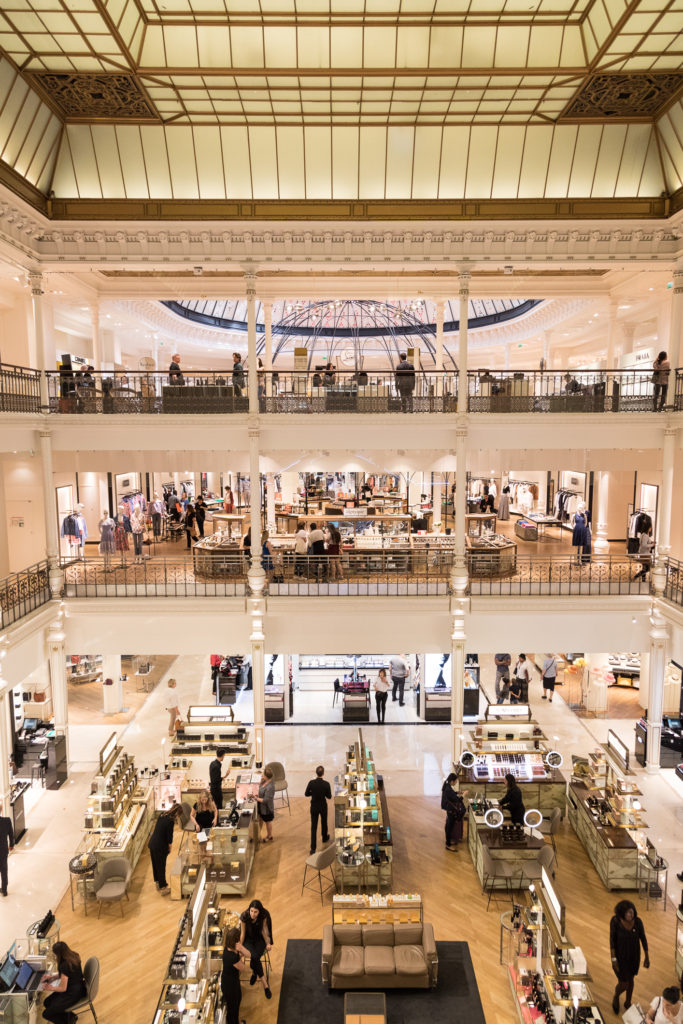 I don’t think I mentioned it anywhere, but while I was in Paris recently  I was ‘on assignment’.

You see, I’d been asked by one of my very favourite Distant Francophile readers to check out what was currently happening in the world of French women’s make-up.

As with most of the endeavours in my life, I took my ‘job’ very seriously. I basically turned into a bit of a stalker, examining the make-up of every French woman who crossed my path as closely as I could possibly manage. While trying really, really hard not to appear too odd.

I was careful with my research. I made sure that I was paying attention to French women, rather than fellow travellers. This saw me concentrating on women who served me in shops and restaurants or on female commuters on the Metro.

And I’ve go to tell you – I was surprised by what I discovered.

For a long time, I’d subscribed to the theory that French women wore very little make-up, concentrating instead on stellar skincare. While they may well place a lot of emphasis on skincare, I can report that they also enhance their appearance with make-up.

If I think about it, I shouldn’t be surprised by this fact. Wander the Parisian streets for anything more that a minute, and you are likely to pass at least one speciality make-up retailer. And that’s before you even set foot into any of the ‘grands magasins’ whose entire ground floors are packed with high end beauty brands. All of these stockists are not kept in business by the tourist trade alone. The locals must also be investing in a little product here and there.

What I will say though is that French women certainly apply their make-up with a deft hand. Perhaps the best word I can use to describe the application is subtle. I can’t go with ‘natural’ because there was actually a fair bit of colour on show but I definitely couldn’t describe it as heavy or even polished.  Which places it in contrast to make-up I noticed on English speakers from all over the globe.

So what did I see in terms of Parisian make-up?

Have you travelled to Paris recently? Did you pay attention to Parisian make-up? I’d love for you to share what you saw and your thoughts about it in the comments section below.

6 thoughts on “Reporting In – Parisian Make-Up”